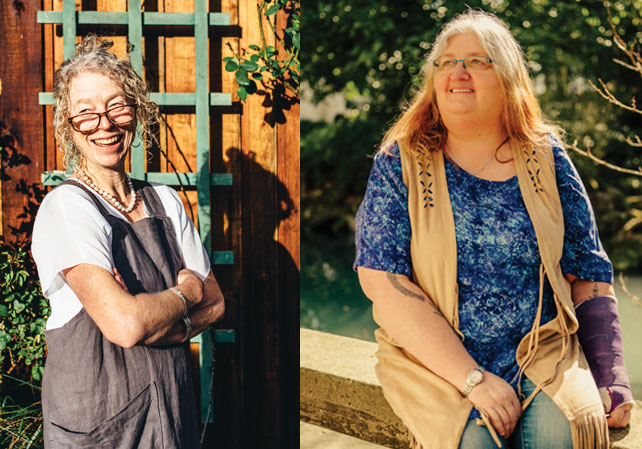 It’s no secret that when it comes to sex, an HIV diagnosis has been known to throw a wrench in the works. But navigating this new landscape is possible—with the right information and support. I talk sexual satisfaction with two women living with HIV.

Margarite Sanchez, a self-described artist, activist and agriculturist who lives on Salt Spring Island, was in her mid-30s when she was diagnosed with HIV. She was newly married at the time, with a partner who was HIV negative. Today, at 60 years young, she is still in that relationship, and her partner is still HIV negative. He is also a loving and caring husband and father to their two children. Their life is good, Margarite tells me. And sex is a very important part of their relationship.

This is not to say that Margarite didn’t face challenges after being diagnosed. “I went through all those things women go through,” she says. “At first I felt like I was damaged goods. I told my husband to leave. I figured I would be alone for the rest of my life. I just didn’t think there would be much more of that.” Sex, she explains.

But her husband wouldn’t hear of it. “Why should I leave the best relationship of my life?” he said. Margarite goes on to reveal something that many women with HIV have experienced as a barrier to achieving a pleasurable and satisfying sex life: her huge fear of transmitting HIV.

A small but growing number of studies document such feelings and the impact of HIV on women’s sexuality and sexual well-being. A 2017 review of surveys involving 11,552 women living with HIV around the world found that after being diagnosed, it is common for women to experience reduced pleasure during sex. Fear of transmitting HIV to their partners, anxiety and depression, and broader societal stigma and discrimination are just some of the factors that can put a damper on the deed. Never feeling safe enough, it seems, is a common theme.

But times are changing, and so is Margarite. Science now shows that it is possible for people living with HIV who take their medication as prescribed and maintain an undetectable viral load to have condomless sex without risk of passing HIV. This reality is captured by the slogan U=U (undetectable=untransmittable). After 15 years of using condoms religiously with no viral breakthrough, Margarite and her husband decided, as a couple, to do without them. Margarite was also fully menopausal at that time and in a long-term, monogamous relationship, so she wasn’t worried about getting pregnant or getting other sexually transmitted infections.

“It was really nice, for once in our relationship, to have one less obstacle between us,” Margarite says. The problem wasn’t so much the physical barrier of the condom, but what it signified. “To have something lifted, instead of another concern added on top, felt really good.”

Now Margarite describes her sex life as more relaxed and spontaneous, free from her previous worries about passing HIV. This medical strategy of treatment as prevention, she points out, has de-medicalized her sexuality.

Valerie Nicholson is 62 years old and lives in the Downtown Eastside of Vancouver. She is an Indigenous woman and a proud grandmother. Like Margarite, Valerie describes the scientific discovery of U=U as liberating—not only when it comes to her ability to have close relationships with an HIV-negative partner but also for how she feels about herself as a sexual being. But the changes she went through to get to this point—the kind that happen internally and externally—didn’t happen overnight.

“When I was first diagnosed, I don’t think my sexuality changed at all,” Valerie says, “because I wasn’t really dealing with it.” She was in a relationship at the time, and it was in that relationship that she acquired HIV. She was also struggling with substance use. She describes her sex life back then as routine: “Do drugs, have sex, do drugs, have sex.” The drugs, she says, numbed any feelings she had about her diagnosis and about her sense of sexual well-being.

Valerie decided to stay in that relationship because she felt it was easy even though, she says, “it was an abusive relationship.” But the risks of having to disclose her HIV status to someone new, which could open up a whole host of different harms, felt greater to her at the time than the dangers of staying with her partner. “It’s kind of a weird feeling,” Valerie says, reflecting on the tensions she faced. And, unfortunately, it’s one that far too many women have to grapple with.

Of the 1,422 women who participated in the Canadian HIV Women’s Sexual and Reproductive Health Cohort Study (CHIWOS), 80 percent reported having experienced some form of violence and 67 percent said they believe that most people with HIV are rejected when others learn of their status. Over 50 percent reported suffering from depression. These social factors—violence, stigma and depression—can increase stress levels and greatly affect women’s sexuality, reducing both sexual desire and arousal as well as increasing pain and anxiety with sex. On the flip side, this means that women’s sexual well-being can be improved if their social context is improved.

When I ask Valerie about her experiences with sex and sexuality today, she replies, with joyful laughter, “Well, that’s changed a lot.” For many years after leaving her abusive relationship, she immersed herself in her HIV research and advocacy work and became known and much loved for her activism and her teaching as an Elder. This work led her to re-evaluate what it could look like and how it could feel to be single, HIV positive and happy with her sex life. “I had my toys, of course,” Valerie says confidently, “because it was easier to have a toy than a man some days.”

Valerie has since started dating again and has enjoyed a few meaningful relationships, with both HIV-positive and HIV-negative men. Currently, she is rekindling a romance from her past. Whether it’s because of a new partner, a broader range of sexual activities or her reduced self-criticism and shame, she finds it much easier to climax during sex nowadays. She also attributes her newfound sexual freedom to U=U. And she’s not alone. Many women she has spoken to describe “getting a piece of their sexual life back.”

What’s clear in both Valerie and Margarite’s stories—and likely those of many other women—is that women are on a sexual journey. From coming of age to the golden years, dating to marriage to divorce, diagnosis to today, women’s experiences of love, sex and relationships are diverse and always evolving. There is not one path, but rather, many paths.

What advice do Margarite and Valerie have for other women who are newly diagnosed and struggling with their sexuality?

“It will get better,” Margarite says assuredly. “When you’re first diagnosed you go through all these feelings—you feel that no one is going to want you, that you’re never going to want to have sex again. But once you start to regain your confidence in living life, get your health straightened out and become stable on your medications, there’s absolutely no reason why you can’t live a complete and fulfilling life in every facet, including your sexuality.”

In terms of supports, both women emphasize the importance of having a safe place to talk with other women about sex and sexual pleasure. “I really envy gay men,” Valerie says, “because they often talk more openly about sex.” This contrasts with traditional female roles in which women are taught to keep their experiences and issues related to sex a secret, behind closed doors. Such talk is necessary, Margarite and Valerie say, for women to know that they’re not alone and to chart the course of their own sexual fulfilment.

This article was originally published in The Positive Side. Photograph of Margarite Sanchez by Stasia Garraway; photograph of Valerie Nicholson by Kamil Bialous.

Cancel reply
Why a fulfilling sexual life with HIV matters 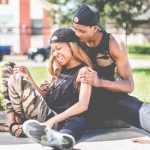 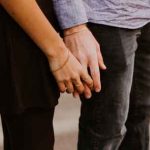 Navigating Pleasure With An STI