Sexual Desire In Men: Are They Really “Always Up For it?” 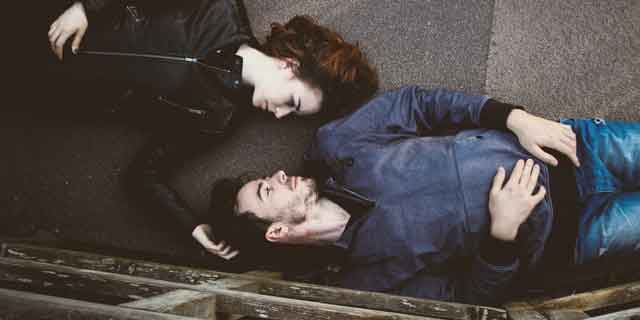 Ask anyone about men and sex, and many will say that “they’re always up for it.”

But far too often we overlook variation in men’s experiences and allow myths to guide society’s sexual norms.

Sex researcher and relationship therapist Dr. Sarah Hunter Murray is an expert in male sexual desire and recently wrote a book on the topic called Not Always in the Mood: The New Science of Men, Sex and Relationships.

Her research suggests that not only are there plenty of times when men aren’t in the mood for sex, but their sexual desire is much more complex, nuanced and oftentimes more emotional than what we typically acknowledge or discuss.

“We tend to think of men as having a very high, constant sex drive, as always being in the mood for sex, and never turning down a sexual opportunity,” says Dr. Murray.

Sexual desire in men, however, is much more responsive than most people realize and lacking interest in sex is common.

Sexual desire in men, however, is much more responsive than most people realize, and lacking interest in sex is common.

A recent survey of the British general population, for example, found that 15 per cent of men lacked interest in sex for a period of three months or more in the past year.

Having little to no interest in sex is not necessarily a problem, but for those wishing to boost their libido, it is important to know that sexual desire is extremely context sensitive.

“Health issues (like aging and prostate cancer), psychological stresses (like past sexual trauma or abuse), situational factors (like being sick, tired or stressed), and relational issues (like feeling emotionally disconnected to a partner) are just a few reasons why men might experience a decrease in their sexual interest,” explains Dr. Murray.

Still, popular discourses are rife with clichés that contribute to misunderstandings of male sexuality and desire. Myths like: men are simple and mechanical. Men respond more to visual sexual stimuli. Men have a lower threshold for desire, arousal and excitement, often due to hormonal factors such testosterone levels.

While this may be true for some, the urge to universalize these narrow conceptualizations about male sexuality is problematic as a whole for several reasons.

When a society expects men to adhere to cultural stereotypes, such as having a ravenous level of desire at all times, it penalizes those who break such norms. This makes it difficult for men to refuse sex they don’t want and seek help if they are struggling sexually.

Moreover, belief that desire comes naturally to men, as if it were driven by something in the person, can make those who are not fully desirous and always sexually ready feel inadequate or abnormal.

But the truth is, both men and women alike, particularly those in longer-term relationships, have to deliberately put themselves in the mood for sex.

So, what do men crave and enjoy?

There are clearly different ways in which men get turned on or turned off, and we still have much more to learn about the complexities of their sexual desire.

One of the chief findings from Murray’s research with men is that feeling sexually desired is a big turn on.

“Men described liking when their partner would give them a compliment on their appearance, when she flirted or initiated physical closeness of some kind, or initiated sex,” says Murray.

This contrasts sharply, she notes, with the popular cultural notion that men are the ones who “do the desiring,” while women get desired.

Men in her research also talked a lot about how they experienced more desire when they felt emotionally close to their partner, had spent quality time together, or engaged in intimate communication that left them feeling heard and understood.

This is why she encourages couples to ask questions of each other — not about sex per se, but about everyday aspects of intimacy. For example: “Have we connected and really talked recently? What would it be like to carve out some time to be together and do something we used to enjoy doing that we haven’t in a while?” Sexual desire, she says, just may follow.

There are clearly different ways in which men get turned on or turned off, and we still have much more to learn about the complexities of their sexual desire in general, and low sexual desire in particular.

If it is true that men are not hardwired when it comes to sex, and are socially influenced to think and feel the way they do, a view that empirical evidence supports and Murray’s book explores, then, for those experiencing low desire, acquiring knowledge of emotions and the social and relational context surrounding sex should top our list of solutions. 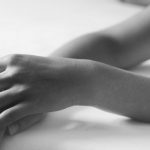