The Science Of Love, Sex And Hot Chocolate 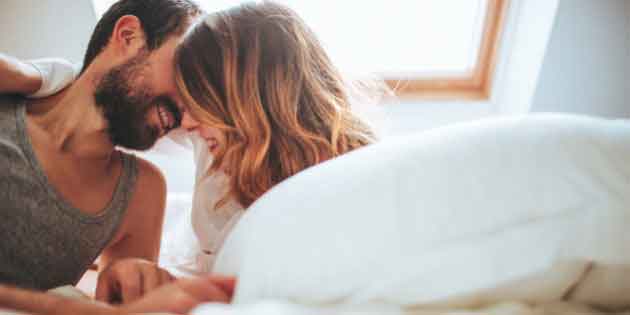 Valentine’s Day is around the corner. You may be searching for love, falling in love, making sweet love, or sick of love. Like it or hate it, single or coupled, February 14 can be hard to ignore.

Whatever camp you’re in, recent studies on those in relationships and those who are single have discovered some interesting answers to questions you may be wondering about.

Is being single liberating or lonely?

Despite the relaxing of cultural norms, being single (particularly for women) can still carry a social stigma. The common assumption is that not being in a relationship is inherently negative, resulting in loneliness, unfulfillment, and lots of cats.

This dominant ideology can influence how people view singlehood and consequently their approach to relationships, according to a 2013 study in the Journal of Personality and Social Psychology.

Of the 152 men and women surveyed in the study, 37 per cent expressed some degree of fear of being single. The most common worry was lack of companionship and intimacy. Those with stronger fears were more likely to lower their standards in both new and on-going relationships.

But perspectives on being single vary. Another study involving 502 young college women, published in the journal Sex Roles, found that many were happy unattached. That same study also found that outlooks on single life differed by socioeconomic status.

Higher income students tended to view being single as positive and self-enhancing, affording them more freedom and independence, as well as time to focus on academic and professional goals, whereas lower income non-students were more likely to frame their single status in terms of self-protection, aimed at avoiding potential relationship risks (e.g., conflict, infidelity) and prioritizing other needs (e.g., those of children).

Is Tinder just for hook-ups?

If you are in the market for a relationship and looking for something serious, researchers in Belgium and the Netherlands suggest Tinder may not be a bad option. They surveyed 266 men and women between the ages of 18 and 30 to understand motivations behind Tinder usage.

Sixty-one per cent of the sample had used Tinder at least once, and of those, 23 per cent were daily users. Although Tinder is normally seen as a hook-up app, most participants in the study reported swiping right to find love, and a few other things, with motivations differing by age and gender.

Finding a long-term romantic partner, having casual sex, and the ease of interacting online were all reasons associated with older age. Men showed a higher motivation for casual sex and liking the rush of it. Other reasons common to all included it being popular with friends and using it to improve self-esteem and get positive appearance-related feedback.

What happened after a match? About half of the sample went out on a date, and one-fifth had a one-night stand. The type of offline encounter was related to people’s Tinder goals. Endorsement of casual sex predicted one-night stands, while those who found it easier to communicate online were less likely to meet face-to-face.

Online dating used to be taboo but today, one in five relationships start online. With millions of people on Tinder and tons of new dating apps like Bumble and Happn popping up, who said romance is dead? It’s just gone digital.

What keeps the spark alive in long-term relationships?

Finally, how about some advice for those married or partnered for a long time? Have sex more frequently. Engage in oral sex more often. Achieve more consistent orgasms. And incorporate more variety in your sex life — try new things, set the mood, and communicate.

These practices were associated with sexual satisfaction and sustaining passion in a recently published US study, which surveyed 38,747 heterosexual women and men aged 18 to 65 who reported being partnered for three or more years.

Eighty-three per cent of participants (regardless of gender) reported being satisfied with their sex lives in the first six months of dating. This number declined over time, with just 55 per cent of women and 43 per cent of men currently satisfied. Passion also diminished: only one-third reported as much passion toward their partner presently as they did in the beginning of their relationship.

These findings, study authors concluded, may offer some people ideas to improve a “sagging” sex life. But what if sex isn’t your thing and you’re among those in long-term relationships that would be just as happy with a cup of tea? Don’t succumb to cultural or partner expectations about sex. Treat yourself to a hot chocolate this Valentine’s Day! After all, variety is the spice of life.

Cancel reply
Are Parents Having The Sex Talk With Their Kids? 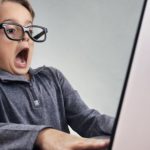 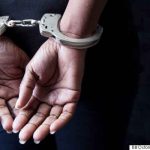 The Politics Of Sex For Women Living With HIV